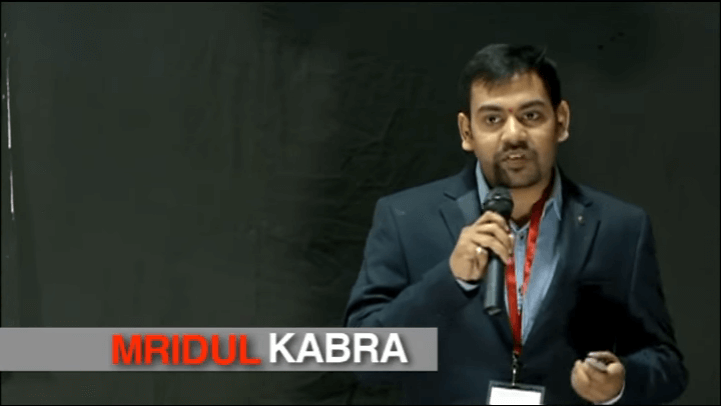 Mridul Kabra is the Digital Marketing head at The Nine Hertz from Jaipur and currently pursuing his graduation at NIT, Jaipur in the field of Architecture. He first stepped into digital marketing back in 2011 and has never looked back since. And most recently, he became a TEDx speaker at the TEDx event held at MMU, Sadopur.

During his TEDx Talk at Ambala, the topic of cryptocurrency and blockchain was discussed by Mridul Kabra, who is currently a blogger, digital marketer, SEO Expert, and digital marketing trainer, who provided insights about the bitcoins and the future of digital currency. There’s a lot of things he explained about, from how the concept of money started to what made the cryptocurrency stand out from the pool of conventional currency and what does the future hold for them.

At first, he started with a subject that seemed familiar with his explanation of barter system and why there was a need for a currency system. After that, Mridul told us about the latest trend in currency which is cryptocurrency and how it has affected the remittance industry and the future of money.

He explained, the first ever cryptocurrency i.e. Bitcoin, which was formulated in 2008 by Satoshi Nakamoto, which lets you perform direct peer to peer transfer of money without the use of any third-party. He also explained why Bitcoins are so secure because they are on the blockchain. A blockchain is a digital ledger in which all the records of transactions made in cryptocurrency are kept publicly and chronologically. This blockchain is growing at a continuous pace with the growing list of records known as blocks.

As the transaction takes place peer-to-peer it eliminates the need for a third-party or a financial institution and minimizes the fraudulent activities. The cryptocurrency is accepted as a mode of payment by more than 300,000 companies worldwide including Microsoft, which has created trust and increased its demand more than ever.

“There are more cryptocurrencies being introduced with the help of blockchain they are Ethereum, Ripples, and more,” Mridul said. He added, “Ethereum is not like bitcoin, while bitcoin is one application of blockchain technology, Ethereum blockchain can be used to run the program code of any decentralized applications.”

Cryptocurrencies are on the verge of a breakthrough and with bitcoin getting more popular with each passing day, it has made ways for those who follows it, it can be used for transactions all over the world.

One of the most important questions that everyone had in mind was “does it have a future?” and rightfully Mridul addressed this as well, he said “Bitcoin has already died 157 times and 158th won’t make any difference,” Well we totally agree because we know “What is dead may never die.”

Link to the TEDX talk: Cryptocurrency and Bitcoins

Disclosure: We are experienced, blogging experts. We do review those products that we have used, tested for the long term. We share our opinions based on that testing. On this site, we have added few affiliate Links. If you purchase anything using our links, we will get a commission from that company. We also assure you that it will not cost you anything extra.

A Passionate Blogger And Organic Digital Marketer, Particularly In SEO, Content & Affiliate Marketing. This Blog For Anyone Who Runs Their Own Blog or Wants To Become A Blogger. Know More About Me.