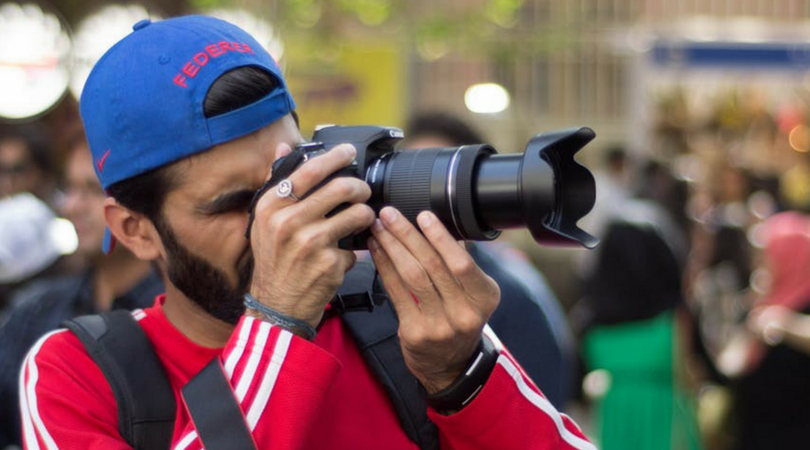 With the increased levels of competition in the blogging industry particularly in the marketing sector, vlogging has become a necessity. For this reason, the type of camera used in making the Vlog sensitive. To have the best vlog, vloggers need quality cameras. Recently, a report was released ranking different cameras according to their functionality and quality as follows.

G7X Mark II camera is an improvement of its predecessor. With a faster shooting burst and most importantly being able to shoot raws at 8 fps as compared to the one fps shot by Canon G7X mark I. Additionally, the renowned camera has a perfect subject recognition as well as tracking.

Image quality is the most considerable interest of most vloggers, and the model provides that. It has a sharper focus and a high ISO noise reduction settings.

Vloggers no longer have to worry about blurred image because Mark ii has dual sensing IS that utilizes the information or data received from the specific image sensor hence reducing the effect of camera shake.

Apart from the great Video and image capture which stands at 20.1 mp, the camera can connect to WIFI and NFC which allows sharing. Even though the camera lacks the 4k shooting, the model utilizes 1080p at 60fp which increases the video quality.

This model is well known for its zooming power of 25 time’s optical zoom and its unique ability to connect and shoot with wifi. When there is the need for portability, the SX620 HS is the model to choose. The camera is pocketable hence enabling portability.

With a sensitivity of 20.2 megapixels, the camera produces high-quality videos which are essential for the vloggers. In addition to this, the camera has an incredible recording power of up to 30 fps. Furthermore, the vloggers are at liberty to apply their creativity in using the camera. For instance filters like those used in movies.

The camera is mainly known for its 4k recording quality. With a controlled shutter. Its burst shooting goes up to 24fps and also focuses on raw files. Apart from having quality sensor its zooming lens has a width of between 24 to 70 mm. it has a zooming power of up to 3.6x which enables the vloggers to have a close and personal shot.

The camera can as well shoot 4k clips which enables full footage. Additionally, the camera has a sensor that has a phase detection autofocus. The model can as well connect to Wi-Fi and NFC which allows data and media transfer.

If durability and quality are needed, then this is the recommended model. It has a waterproof casing. The GoPro hero six can also connect to Wi-Fi and Bluetooth which allows for wireless transfer, photo editing, and sharing.

The model also has a GPI chip that increases the quality of the images by improving the image stabilization.

The model also has a 4K video recording that has up to 60 fps and 1080p resolution which increases the video quality. Besides, the camera has a 5.0 GHz WI-Fi band that enables the transfer of media files that have a high resolution to any mobile device at high speed.

In addition to these unique qualities, the camera has an electronic image stabilizer that reduces the distortion brought about by vibration and shaking hence ensuring quality.

Additionally, the camera has an inbuilt GPS that focuses on the speed as well as the elevation. The camera also allows for voice control which enables the vloggers to have control over the camera

The zooming power is of up to 2 times which enables vloggers to have a more clear view.

Must Read: The Best Amazon Prime Videos and Upcoming Movies

Panasonic Lumix GH5 is a mirrorless camera that has been able to capture the interest of most vloggers due to its high quality 4 k recording at 60fp. Moreover, its sensitivity is also high and stands at 20.3 megapixels.

The model is designed to have an interchangeable lens which enables the camera to handle both the photos and videos which in turn makes it suitable for use by both users that is, for photos and videos.

In addition to the above features, the model has a unique battery functionality that is; the camera can shoot the videos until the battery dies.

This camera from Panasonic is designed to allow a natural control, for instance, the top buttons make it very easy to operate. It weighs 1.6pound and has a comfortable grip. Apart from this, the model contains an alloy of magnesium that makes it suitable for use even at very harsh shooting conditions.

Its speed and accuracy are also high. Furthermore, the GH5 has an image stabilizer that that reduces any shaking and distortion.

Vloggers would also go for the GH5 because of its excellent performance even at the low light intensity. Additionally, the camera can connect to Wi-Fi and therefore allow data and media transfer to other devices.

The camera is well known for video shooting within a studio. Though the model lacks the 4k shot, it has 1080p HD recording which ensures high quality. The model is by far unique and desired due to its dual Pixel AF which allows a continuous focus when capturing a video and still within the live or steady capture.

Additionally, the camera has autofocus of 45 points which allows for focusing even under low light intensity.

Apart from the design that enables it to withstand unfavorable weather conditions, the EOS 80D can be connected to Wi-Fi and NFC which allows media and data transfer to other devices.

For professionalism, then Sony A7R III is recommended. It has a ten fps and autofocus which allows for a continuous shooting rate.

Moreover, the model has a high resolution of 42.4MP CMOS sensor which increases its quality. The camera further employs a 399 phase detention that and 425 contrast detention that increases focus. The model also applies the five-axis autofocus that allows for both continuous and still video operation.

In as much as there are several Best Vlogging Cameras, these ones have made it to the top of our list.

5 Ways to Finding Out What Your Blog Audience Wants